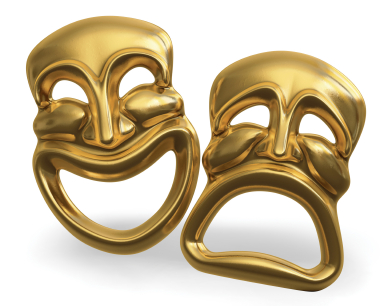 The primary ‘player’ in dramas, the one with a vested position to protect is usually the ego. The ego always tries to protect its noble opinion of itself, its position as ‘opinionator in chief.’

I’ve been wondering why we tend to remember big dramas more often than the pleasant stories, and I think this is just as true in life as it is in the movies. Pleasant stories get a bad rap in our world. How often do we hear the words ‘chick flick’, or ‘soft’, or ‘lifetime weepie’ used as a form of put down? It’s code for unmanly entertainment. In fact, we can easily become addicted to our drama. Conflict dumps cortisol, adrenaline, and God knows what else into the blood stream.

So why do we tend to obsess on drama, focusing relatively less attention on the flowing, pleasant experiences of life, those devoid of rife and conflict? If this question rings true for you, and it’s a situation you’d like to change, here is a helpful technique.

WRITE OUT one or two dramas from your past. Look for the distressing stuff, things you find yourself remembering obsessively over and over again even though the incident itself may be water long under the bridge. Maybe there’s a theme that’s tended to repeat itself with other players in other situations over the years. For example I once had an old business relationship that came to an end after a lot of drama. Years later I was still reviewing it over and over in my thoughts. At last I understood I was hooked on the ego rush of righteousness and nobility.

The next step is to write down an inventory of your pleasant experiences. You may find yourself recalling memories you’d almost forgotten. Take note of how it feels to remember them.

Finally each time you catch yourself replaying or caught up in drama, remember to make a conscious choice to revisit and respect the pleasant, beautiful experiences of your life.